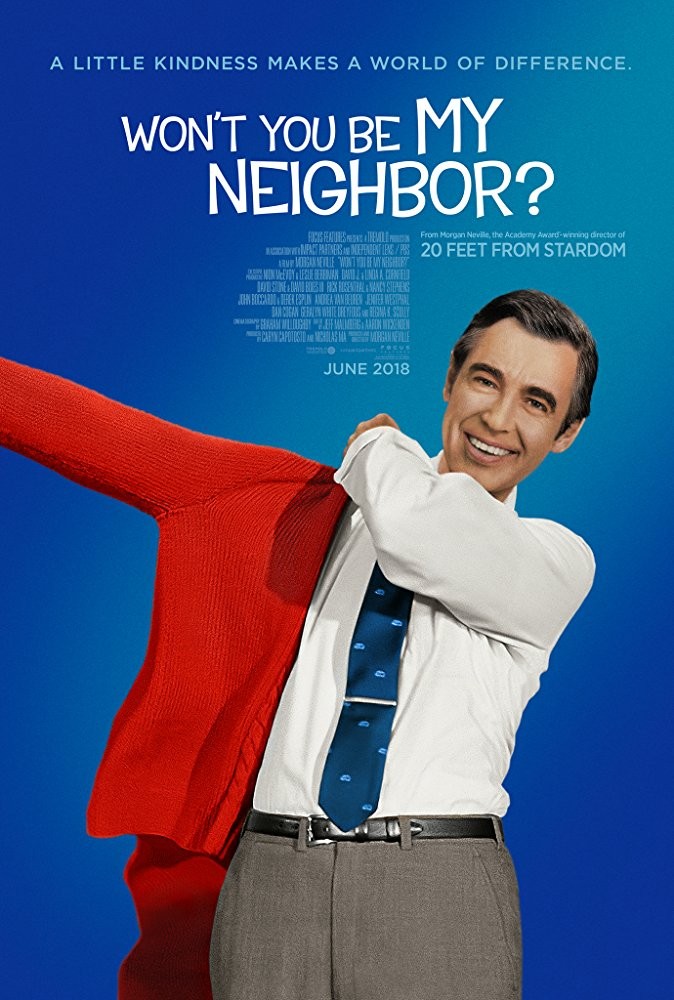 One of the most touching films to come out this year, Won’t You Be My Neighbor? exudes as much generosity and kindness as America’s favorite neighbor himself.

Won’t You Be My Neighbor? examines the life and legacy of Fred Rogers, the beloved host of the popular children’s TV show “Mister Rogers’ Neighborhood.” Audience members are taken beyond the world of make-believe and into the depth of the heart and mind of a man who stood up for what he believed in and inspired a generation of children through compassion and the power of imagination. As soon as the film begins, you will immediately feel that sense of nostalgia as you hear the famous opening tune to the show.

Fred Rogers was best known for his soft-spoken voice and colorful cardigans. Many people have grown up watching “Mister Rogers Neighborhood” knew just how much of an impact he left on the world, and that’s exactly what this movie does.

To put it simply, this is a story about a positive guy who wanted to spread positivity to the world.

To put it simply, this is a story about a positive guy who wanted to spread positivity to the world.

Throughout life, we see how much the world continues to radically change for better or for worse. Yet this films shows how one man stood firm in his beliefs about the importance of being a good neighbor and protecting one’s childhood, all while the nation he lived in at the time radically changed around him.

For over 30 years, Fred and his cast of puppets and friends would talk to young children on a personal level about some of life’s heavier issues in a way that was simple, yet honest and coming from a loving place. There has not been anyone like Mister Rogers on television before and there hasn’t been since.

This documentary not only gives you a glimpse of a man who was so genuine and loving to everyone he met but will have you thinking about the way you treat others and what YOU can do to make the world a beautiful neighborhood. The film also does a great job showing us the kind-hearted man Fred Rogers was as well as diving into his psyche— regarding his hopes, dreams, fears, and insecurities. While the film could have benefited more on Rogers’ personal background rather than focusing so much on the show itself, it’s still a very impressive documentary.

In reality, Fred Rogers’ career represents a sustained attempt to present a coherent, beneficent view not only about how we should best speak to children but also the importance of how we as a society can be specially used as a positive force in our world today.

An emotional and wholesome documentary, Won’t You Be My Neighbor? will leave you feeling touched and inspired by a man who best put it into words, “I like you just the way you are.”

February 22, 2019
You are going to send email to
Move Comment