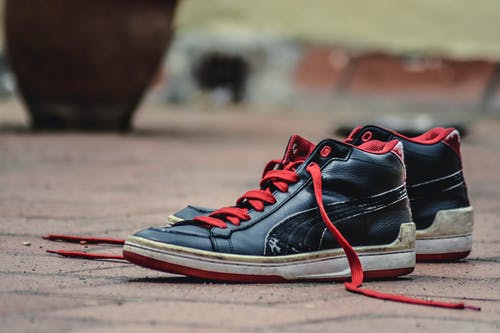 Last week I submitted Vol. 2 of First Down Devotions: Inspirations from NFL’s Best, the fourth in a series of books to my publisher.

It’s a good feeling to hit the send button, but it also is an indicator that more work is on the way. There will be edits to approve and endorsements to obtain and a marketing plan to execute before New Hope Publishers brings it to reality in about a year.

But what I enjoy the most in this series of books are the unique interviews that I conduct with professional athletes.

Demar Dotson has one of those amazing stories not a lot of people have  heard about.

I spent some time with him last year after Tampa Bay played the Cincinnati Bengals. He is a big guy at 6-feet, nine-inches tall and weighs about 315 pounds.

He never played football until after he finished his basketball career at Southern Mississippi. He made the team in college and after the season, he signed to play in the NFL.

That is amazing in itself, but that’s not what I focused on in chapter five. Here is a part of his story about when he was invited to work out with the Buccaneers.

Demar arrived in Tampa but did not think to bring cleats to play on the field. He had imagined an indoor workout and never envisioned a live eleven-on-eleven interaction.

He found the equipment manager and asked if there were any cleats available in size 18.

“The guy kind of yelled at me, then gave me some shoes, but they were size 16,” he said. “I wore them during the workout, and they killed my feet and hurt.”

The second practice that day, Demar cut out the ends of the shoes for relief.

“Here I was with my toes hanging out,” he said. “I kept getting my feet stepped on, and my toes were bleeding.”

The next day, Demar laced up his basketball shoes and wore them on the field.

He felt better, and his performance improved. In the back of his mind, he remembered his prayer to God: “Just allow one team to give me a chance.”

God answered the prayer, and Demar made the squad, against most odds. He only played but one year of college football, and now he had a spot on the roster of an NFL team.

Demar did his best and put his trust in God and it all worked out.

Do you trust God enough to put your future in His hands?

Will you allow Him to prepare you for something big? The future can be scary because you never know what it holds for you. Demar asked the Lord for a big task – to allow one team in the NFL to give him a chance. God said “yes,” and he made the most of the opportunity.

Do you trust the Savior with every detail of your life?

There is nothing too big for God to handle. This does not necessarily mean you should ask the Lord for six brand new cars to be delivered in your driveway tomorrow (although He could do that). Nor does it mean that you will grow to be the size of Demar and play professional football.

And this is the confidence that we have in him, that, if we ask any thing according to his will, he heareth us. – I John 5: 14 KJV

If you seek the Lord and His will for you and your life, nothing is impossible. But it all comes down to faith, trust and accepting God’s will for you. Here are some ways to trust God for your future:

Demar went to the workout unprepared. But when he accepted the challenge, tossed away the shoes that did not fit and used the ones he brought, he thrived and earned a spot on the roster. He had the shoes with him all along that he needed in order to perform well, and once he put them on, he was unstoppable. Go with the tools the Lord sends with you.

I read all the articles and found this to inspire me, you are blessed Dale with your talent to write like this. In today’s news you hit a home run keep up the good work

What to do After You’ve Messed Up

November 28, 2017
You are going to send email to
Move Comment