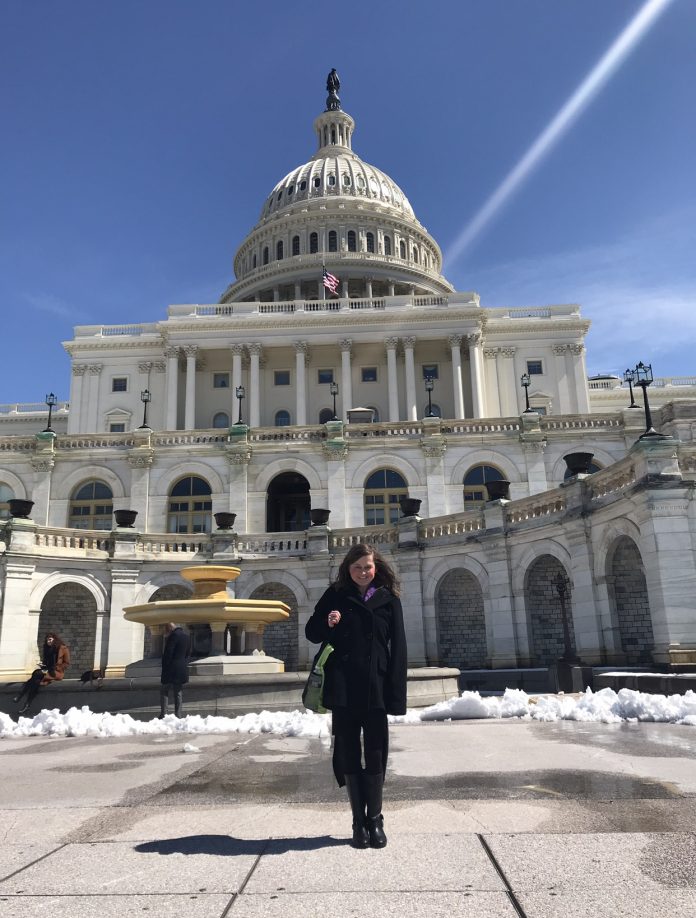 My name is Whitney Ward, I’m 29 years old, and I live in Rubyville, Ohio. From the day I was born to now, my journey has been anything but ordinary. I have a Primary Immunodeficiency (PI) caused by a rare gene mutation. The type I have affects different parts of my immune system and causes them to work improperly.   Mine is so rare that I was the first one in the world to be found with this gene mutation, and it was discovered by the world-renowned government research agency, the National Institutes of Health (NIH) in Bethesda, Maryland. For several years, I was the only one in the world with this illness, so I became close to my team of doctors at the NIH and was invited to assist in selecting the name of my disease.

The name I chose was MAGIS Syndrome.  I chose this name because MAGIS means More in Latin, and I wanted anyone who was diagnosed with this PI to know they are More than their disease.  But it was also a reminder to me to be More and to do More in this life.

One way I decided to be More was to become involved with an organization called the Immune Deficiency Foundation (IDF), so I could invest in people with similar stories as mine and they would know they are not alone.  In the last year-and-a-half of volunteering for the IDF, I have been a part of many once-in-a-lifetime experiences. 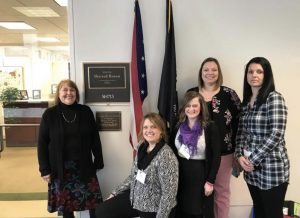 IDF selected me to participate in its Advocacy Day on March 22, 2018. I was scheduled to share with legislators in Washington, DC about ways they could help improve the health care system for people with immune deficiencies.  My prayer for this trip was for it to have a purpose.  I didn’t want it to just be another trip—I wanted it to have a meaning, and I wanted to make a difference.

I knew if there was any change to be made, it would come from “We the People, By the People.”

I knew if there was any change to be made, it would come from “We the People, By the People” as Abraham Lincoln spoke in the last sentence of his famous Gettysburg Address.  With these words, President Lincoln demonstrated he completely understood what the forefathers had in mind when they founded this country. However, I had little hope this foundation was still intact; in fact, I believed it was a concept long forgotten. Would I get to see these words in action? I had serious doubts. But I almost didn’t get the chance to find out.

The first cloud formed on the Monday before Advocacy Day when I received word that Winter Storm Toby was on the move and could affect my travel.  I called the supervisor over Advocacy Day, and she assured me the event would continue despite the weather.  If my flight was delayed on Wednesday and I couldn’t make the training, they still wanted me to participate in the Congressional meetings on Thursday.

I decided to continue to move forward with my plans unless something changed. I’m a planner, and I try my best to make sure everything is in order in advance, so it was difficult not knowing if my plans would remain intact. I believe God knew this because He spoke to me in a special way exactly when I needed it.

My mom dropped me off at the airport Wednesday morning.   As I was sitting at my gate, I read my “Jesus Calling” devotional for that day.  The first line of the passage was, “Trust me and don’t be afraid.”  It was perfect timing too because about an hour later, I received the news my flight was canceled. I was placed on a flight leaving for DC the next morning at 5:30 a.m. scheduled to arrive at the nation’s capital at 6:54 a.m.

The other possible flights were all later, so I knew it was a miracle I was placed on the only one that could potentially get me to DC in time to attend my meetings. But I still didn’t know if it was possible to participate.

I called my supervisor once again and explained the situation.  She told me there was a good chance I would make it to the hotel before my group left. She noted it was obviously up to me if I wanted to try to make it work, but they were hoping I would be a part of the day.

I decided to try my best to get there on time.  It was a complete honor to be chosen, and I wanted to honor the commitment I made.  I believed God wanted me to have this experience.

I left that day with hope—hope that change was possible.

But there were still hurdles to jump through. With this flight change, I had to awake the next morning by 2:45 a.m., get completely ready and be at the airport by 3:30 a.m.  I will tell you God never attended for women to curl their hair, apply makeup, and put pantyhose on at 3 a.m.!

Everything would have to run smoothly for me to meet my schedule—there was no room for error.  My flight needed to leave and land in DC on time so I could catch my shuttle to the hotel before my group left.  I was also worried about meeting my group right before we left to go to Capitol Hill.  Would I be able to fit in with this group quickly?  But all along the way, I was reminded to trust God and not be afraid. He had worked everything out so far, and He would continue to do so.

I landed in DC and made it to the hotel without any glitches.  I met my group and quickly saw I had nothing to worry about.  The five other women were so warm and welcoming, and they made me feel absolutely comfortable even though I had just arrived. 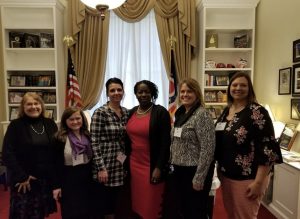 We met with the offices of Senator Sherrod Brown, Representative David Joyce, Representative Joyce Beatty, and Senator Rob Portman. I don’t know what I expected to see when I arrived, but I was in awe of all the other groups who were also there that day voicing their concerns to their legislators.  Because of this common goal, I felt a sense of unity with every person there.  We all wanted one thing—acknowledgment that our passions and beliefs were important.

At the first meeting, I took it all in and tried to gauge what my voice would be. But by our third appointment, I found my voice along with an advocate who I wasn’t expecting.  We spoke with a woman who had 20 years of experience working in government, and I shared with her how the system wasn’t helping me.  I explained how I physically am able to work because my treatments are keeping me stable.  However, in order to receive my treatments, they must be paid by Medicaid.  I told her how I tried to sub as an aide in 2013-2014, and I figured out how many days a month I could work and still stay under the salary requirement so I didn’t lose my insurance.  At the end of the school year, I came within $11 of losing my insurance and had to quit.  The Medicaid I’m eligible for covers my medical costs, but it does not provide enough income for me to make a decent living.

This woman totally surprised me with her response.  She said there needed to be a way for people like me to still obtain insurance for medical care but be permitted to work and earn a substantial income.  She explained she believed this is why our nation has the poverty it has because people like me want to work and contribute to society, but the government won’t allow us.

I honestly felt like shouting, “Amen, preach sista!”  But you’ll be happy to know I contained myself.  By the last meeting, I felt established and confident. I had found my voice, and one of the women in my group confirmed it to me.  She handed me the folders of information for the person we were meeting with next and said, “Whitney, you’ve found your voice.  You take my part this time.”

These words made my heart soar because I saw my prayers had been answered, and this trip had purpose and meaning.  Not only had I found my voice, I realized something very powerful.  For a long time, I have had a negative and jaded perception of our health care system.  The government has put me in a box and put stipulations on how I can advance in life, and I don’t believe it should be allowed to do this.

Yes, I believe about 50 percent of the government is corrupt.  However, on that day in DC, I found another 50 percent who still believe in “We the People, By the People” and are working for the people’s voices to be heard.  When I arrived in Washington, I didn’t have a lot of hope, but I was there to do what I could for my IDF community. However, change didn’t seem possible for my personal health care.

But I left that day with hope—hope that change was possible, hope that “We the People, by the People” is still the foundation of this nation, and hope that maybe, just maybe, I could be one of the people who make a difference.

No Play, No Pay

February 19, 2019
You are going to send email to
Move Comment