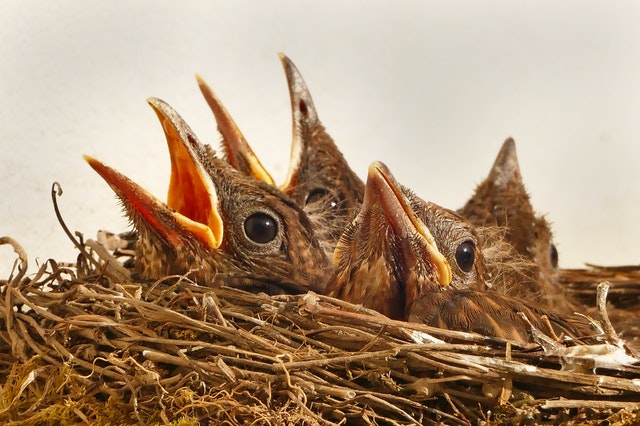 Pastor Jack Graham told about a big fat bird sitting in his backyard. It reached down and dug out a worm. It took the worm in its beak and flew over to this bucket and dropped the worm in the bucket. It came back and dug some more, found another worm and dropped it in.

Over and over, more worms and dirt, more worms, more dirt, until the bucket was completely full. Then the bird grabbed up the full bucket with its little bird feet and flew up to the top of the tallest tree in the backyard. When he got to the top of the tree, he collapsed and died from a heart attack.

You don’t think that really happened, do you? Why not? Because birds are smarter than that!  Are we? Many of us spend our entire lives filling our buckets and trying to get to the top, pursuing material possessions and worrying that we don’t have enough. Or we find ourselves in financially tight situations and fill our minds with worry instead of trusting in God to provide.

As Jesus addressed worry in the Sermon on the Mount, He used the birds of the air as an example of anxious-free living. Do birds worry about their next meal?

You are more precious to Him than the birds of the air and the flowers of the field!

A friend of mine was reminded of this truth recently. Some financial inconveniences popped up unexpectedly when his van’s radiator busted. The repair estimate totaled $700. As he wrestled with what to do, his cell phone quit working. He took it to the store just to see if the salesperson could do anything. The salesman took a blower and blew into the power cord input and out fell a piece of debris. Presto, the phone worked again.

Later that day, when he went home, my friend discovered a check in the mail he was not anticipating. They had overpaid a dental bill and the office sent back a check that more than covered the cost of the radiator repair.

That’s how God works. God is the one who provides, not our employer or our bank account or our stock portfolio. The resources God gives may come through a number of avenues, including the generosity of God’s people who are sensitive to the Holy Spirit’s leading, but the ultimate Source is God Himself. 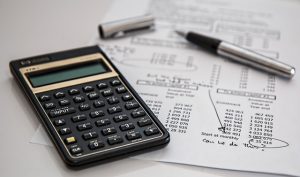 Often it’s at the last minute. Ronda Rich shared about her poultry farmer friends, who during the recession, suffered a setback when the company they contracted with filed for bankruptcy. They went from twenty chicken houses to ten, an enormous revenue hit. They struggled for a couple of years, but finally got to a point where they depleted their reserves.

The electric bill was overdue and there was no money to pay it. If the power company cut off electricity, the chickens would die in the cold houses in a matter of hours. The lady prayed as she walked the floor. She fretted and finally made a decision. She said, “I know this isn’t honest, but we have no choice. Take a check to the electric company right before they close. That will give us at least twenty-four hours to come up with a solution, but we can’t let them turn off the power tonight.”

She wrote a check and her husband got into his truck and started for town but stopped at the mailbox first. A few minutes later, he burst through the door, whooping and hollering. He held up a check for $100,000 that came from a government surplus fund designated to help poultry farmers impacted by bankruptcy. In the same stack was a letter from their accountant with a refund check from the IRS for an overpayment on their taxes. Who would have ever dreamed that in the blink of an eye their situation would change so drastically? (Rich, There’s a Better Day a’Coming, pp. 13-14).

What did Jesus say? “For your heavenly Father knows that you need all these things” (Matthew 6:32b).

December 24, 2017
You are going to send email to
Move Comment