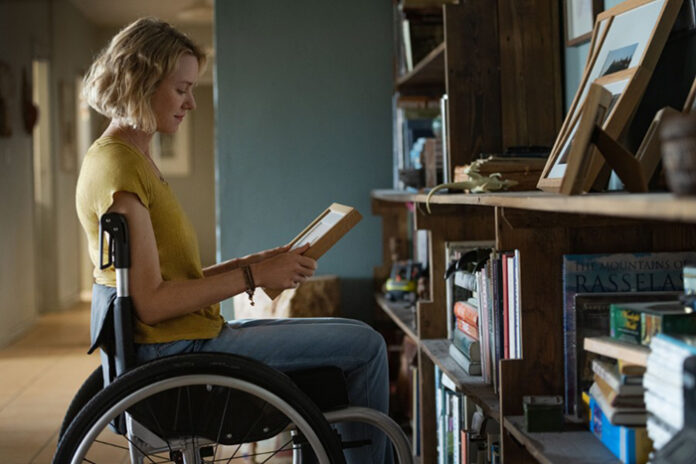 Sam Bloom was a smiling, energetic mom of three in 2013 who was living the so-called good life.

She had reached her childhood goal of becoming a nurse. Her husband was successful in his profession. They were traveling the world.

Then tragedy struck one day while on vacation.

Bloom was posing for a photograph at a scenic spot in Thailand when a rail composed of rotted wood collapsed, plummeting her 20 feet to the concrete below and breaking her back. Immediately, she was paralyzed from her chest down.

The woman who was formerly full of life was now angry and depressed, and confined to a wheelchair. Most days, she would sit at home, unable to care for her family as she wanted. She often contemplated the “what ifs” of life — and wished she were dead.

But then a bird entered her life — specifically, an injured magpie chick named “Penguin.” Having been rescued by her children and brought into their home, the magpie was on a similar path as Bloom. Sam couldn’t walk. Penguin couldn’t fly. Both needed love, compassion and patience.

By caring for the magpie — and watching it recover — Sam Bloom regained her will to live.

The new Netflix film Penguin Bloom (PG-13) tells the true story of Sam Bloom’s inspiring road to recovery, as she re-learned how to canoe and eventually represented her country, Australia, in the paracanoeing world championships. (Paracanoeing is the sport for athletes with an impairment.)

It’s one of the more inspiring films of the year.

“Hopefully, it’s something that we can all tap into going on the journey with this family,” Watts told me.

Penguin Bloom is void of explicit faith elements, but it’s not hard to see God’s hand throughout the plot. It teaches us to love more, sacrifice more, and to make each day count. It also urges us to focus on what we still have instead of what we’ve lost.

“I consider myself the luckiest man alive,” her husband tells her. “Because for a night, I sat thinking I’d never see you again. But I did. I do, every day.”

The Black Church (PBS) — It’s a two-part series about the 400-year history of the black church in America, featuring interviews with a wide range of individuals, from BeBe Winans to Oprah Winfrey. All total, the series lasts four hours. Henry Gates Jr. (Reconstruction) is the host. It debuts Feb. 16/17 but also will be available at PBS.org.
Blown Away: Season 2 (Netflix) — Skilled glassblowers create mind-blowing artworking in a reality competition unlike anything else on television. Season 2, with 10 episodes, entered the lineup in January. Rated TV-14.

Vindication (Pureflix) — Detective Gary Travis (Todd Terry) solves crimes in this unique, 10-episode faith-centric series, which focuses not on the “who done it” but on the wrongly accused. Season 1 began streaming recently on PureFlix.com. (Season 2 is currently in production.)

Safety (Disney Plus) — A college football player puts his promising future on the line in order to raise his younger brother. The plot is based on the real-life story of former Clemson football player Ray McElrathebey. Rated PG for thematic content involving drug addiction, and some language. ClearPlay offers a filter.
Children

We Can Be Heroes (Netflix) — A group of superhero kids band together to save Earth after their superhero parents are abducted. It was produced by the same filmmaker (Robert Rodriguez) who produced the Spy Kids series. Rated PG for mild action/violence.
Jurassic World Camp Cretaceous: Season 2 (Netflix) — Teens attending a dinosaur camp get into deadly trouble after they break the rules. It’s a fun series for families who enjoyed the Jurassic Park and Jurassic World films. Due to a few intense situations, it’s probably best for older children. Rated TV-Y7. Animated.

Michael Foust is the father of four small children and the husband of an amazing wife named Julie. He has covered the intersection of faith and entertainment more than 15 years.

College Christians Want to Deepen Their Faith on Campus

College Christians Want to Deepen Their Faith on Campus

November 22, 2017
You are going to send email to
Move Comment