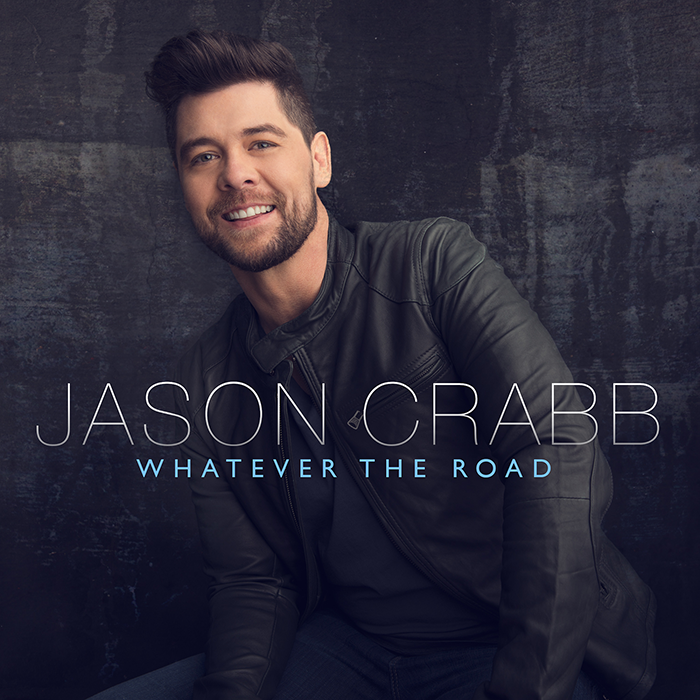 This weekend, you have a great opportunity to hear an award-winning singer who is making his mark on gospel music. On Saturday, July 1, Jason Crabb will perform in concert at the New Covenant Church of Christ in Christian Union, located at 535 E. Second Street in Waverly.

The Lord promised that He would always direct you, and that’s what I need every day. He promised He would direct me if I do what this verse says, “In all thy ways acknowledge Him and He shall direct thy paths.”  Jason Crabb

Jason, a native of Beaver Dam, KY., spent the earlier years of his career singing with his siblings as The Crabb Family, one of the most successful groups in southern gospel music. When the members disbanded the group to pursue separate ministries, he began a solo career that skyrocketed after he released his first solo album in 2009. He received his first Grammy that following year for Best Southern/Country/Bluegrass Gospel Album, as well as a Dove Award nomination. Overall, he has won 21 Dove Awards including Artist, Male Vocalist and Song of the Year.

Jason has also expanded his horizons to become an author. Trusting God to Get You Through is his life story, and he now writes children’s books as well. His series of “Jase® the Crabb” tells stories about following God’s commandments for our lives. Find out more at www.JaseCrabb.com. His most recent project, Whatever the Road, is his fifth solo album. He worked on it with producers Jason Ingram (Chris Tomlin, Tenth Avenue North, Kari Jobe) and Paul Mabury (Lauren Daigle, One Sonic Society). It includes encouraging songs such as He Won’t Leave You There, He Knows What He’s Doing, and Home, a song his father Gerald Crabb wrote which always brings back sweet memories of his grandmother who passed away in early 2015.

When we caught up with a busy Jason last week, he was back in the studio working on a new project. His answers to our questions below show his genuine love for Christ as well as his family:

Tell us about the first time you sang in front of a public audience.

I was four or five years old – I can’t remember which, ha! I remember singing “All Night Long” about Paul and Silas.

Tell us about when you gave your heart to Jesus.

I was about eight years old at church in Bowling Green, KY. A few weeks later, I went to the creek to be baptized, and I remember it was cold.

What song that you have sung over the years has held the most meaning for you and why?

Through the Fire — this song has touched so many people, and I hear it every night. For me and my wife Shellye, the song has a personal meaning. That song came out right around the time that Shellye suffered a miscarriage before we had our first child. That song ministered to us in that time.

What is your favorite song from “Whatever the Road” and why?

Probably “Home — the song was written by my father before my grandmother passed away. She was the rock of our family, and during the recording of the project, she got really sick and passed away. I truly believe God sent this song at JUST the right time!

Tell us more about Jason Crabb the Family Man and what you like to do when you get some time off the road.

I LOVE MY WIFE AND MY GIRLS!!!! Anyone who knows me knows that those in my family mean the most to me. I love them with ALL my heart and pray every day that I am the man, the husband and the father that God would have me to be. I am most happy spending time with my family – just being with my wife Shellye, and my daughters Emma and Ashleigh. We love to get out on the lake, that’s one of our favorite things to do!

What inspired you to start writing children’s books?

For as long as I can remember, I’ve wanted to write children’s books. This has been a dream of mine– to impact the lives of our most precious gift, our children. As a father, I know how important it is for those little eyes to read good, positive, material. This book lets the reader know they are something special and that God created them with a purpose! I hope this will touch the hearts of children, parents, grandparents and anyone with a child in their life. All children need to know they are special! I would visit my grandfather in the summer months and help him around the farm. I can’t even remember how many times I heard him call out to me – “JASE, come on over here and help me out!” – it just seemed like a natural fit to name this character after my grandfather.

What is your favorite Bible verse and why?

Proverbs 3:5-7 — The Lord promised that He would always direct you, and that’s what I need every day. He promised He would direct me if I do what this verse says, “In all thy ways acknowledge Him and He shall direct thy paths.”

What’s your favorite song of all time and why?

That’s a hard one…. I’d Rather Have Jesus. You can take everything else away but Jesus! I’D RATHER HAVE JESUS than ANYTHING!

Besides the Bible, what is your favorite book?

The Traveler’s Gift by Andy Andrews

Out of all the many times you have performed, which is the most memorable and why?

I can’t really answer this – every single night is memorable. I know people are hurting, and they’ve come needing a touch from God, a boost, a faith-lift and I am humbled that God allows me to be the vehicle to help so many. I am truly amazed and humbled that he’d take a country boy from Beaver Dam, KY., and allow me to be a part of His plan.

What is the funniest thing that ever happened to you on the road?

Well, this wasn’t really on the road…but I was singing a couple of songs at a wedding, and I busted the seat of my pants wide open.

Can you give us a preview of the new project you are working on right now?

Well, Jay DeMarcus from Rascal Flatts is producing it, and my band is actually playing on it, so that’s exciting! We JUST started picking songs and recording, so there’s not too much to tell, yet. But stay tuned to my Facebook, Twitter and Instagram…that’s where you’ll find out first about anything!

Who has been your most inspirational role model/mentor?  What did that person teach you that has meant the most during your walk with Christ?

My grandmother, Billie Richardson, was my favorite person! I loved her with all my heart! She used to tell me to just “hold on” during life’s difficult days. I miss her every single day, but I know right where she is! SHE LOVED JESUS with everything that was in her, and she let everyone that she came into contact with know just how much Jesus loved them.

What is one of your favorite stories about someone who gave their life to Christ at one of your performances?

A young girl from a troubled girls’ ministry stood up in the middle of the concert and said “I wanna’ get saved. I don’t want to wait. I want to get saved right now!” Right then and there – in the middle of everything – she came down and got saved. Then another, and another – so many people came to the altar that night.

What advice do you have for the hurting soul?

NO matter what it is: self-inflicted or something you don’t have a choice over: GOD IS ALWAYS THERE FOR YOU! He is always listening, and He will NEVER leave you.