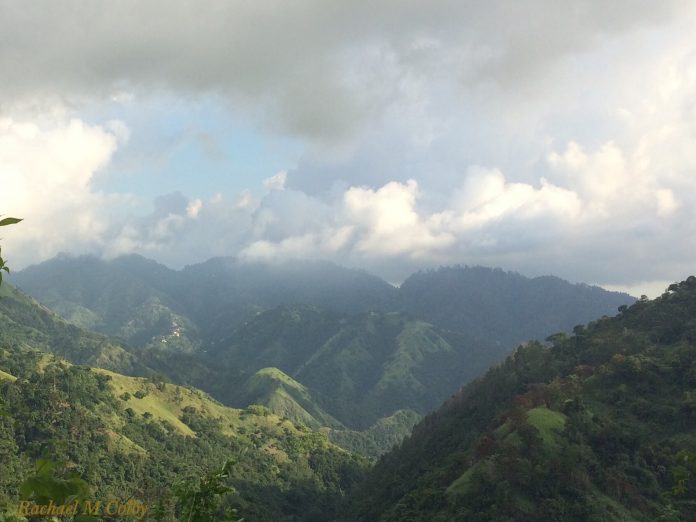 I remember Daddy holding my hand as we entered the gates to the botanical gardens, Wrigley’s gum, Elephant Ear pastries, Matchbox cars, him carrying me when I was hurt, and scraping every speck of black pepper off my food. And bumper cars. I hated them, but I never told him because I liked to hear him laugh—and we were together.

Daddy was pale and shaky after riding the corkscrew roller coaster. We made kites with bamboo and tissue paper. They always crashed, but that was okay. He drove way too fast on the windy island mountain roads in his little ultramarine Triumph Spitfire. He got upset when I fared better with a drop line than he did with his expensive fishing rod. 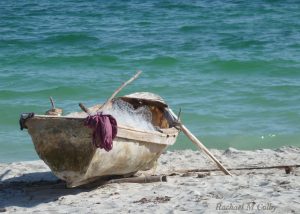 “You gave her the tie dye set. You get her cleaned up!” said Grandma as she pushed us outside. A bucket of soapy water, a scrub brush and our stifled laughter under the mango tree. Pinned to the clothesline, my brightly colored creation flapped happily in the breeze. I loved that hat!

He gave me a piano, like Schroeder’s in the Peanuts comic strip. I played it as loud as I could because I thought it would make him visit sooner.

I pretended I didn’t know him when he took me to Disney World. I walked several feet ahead, or behind, because I thought his camera bag looked like a purse and I feared someone might recognize us. Tears coursed down my cheeks when he wouldn’t let me run off for the day with the boy I met at the resort. All the boys were afraid of my daddy.

He was a businessman. He laughingly called me his “rapacious little capitalist” for running my underground fudge business at school. I made over $1000 before they caught me. We were proud of the “F” I received for my class presentation on a controversial topic: I did a good job on it and I stood for what I believed. When I ran away, he followed me.

Daddy had his problems, but he loved his children and grandchildren. Sometimes he missed the mark. We all do, some more than others. But God uses imperfect fathers, imperfect people, to guide our lives sometimes if we let Him.

Then, one day he was gone. Just. Like. That. —No warning. I didn’t know that was our last “I love you.” I wasn’t ready. But God is the one who numbers our days; He said it was time. We have a finite amount of time to love, to know, to understand and reconcile with each other. He wasn’t a perfect father. None of them are, you know? Except for one.

God is the only perfect father. He is a father to the fatherless. Jesus went to great lengths to meet us where we are. He left his throne in Heaven, donned human flesh, and died to save us from our sin, and reconcile us to Himself, to God. He loves us despite ourselves. But we must choose to accept Him.

A father of the fatherless, a defender of widows, Is God in His holy habitation. Psalms 68:5

But to all who believed him and accepted him, he gave the right to become children of God.   John 1:12 NLT

“Daugh-tah, come here. Child of mine, I love you so much, yuh see.” my father would say in his accent. God calls me daughter too; he calls me to himself. He wants to call you son or daughter too. God wants to do life with us. And when people fall short of our expectations and our needs aren’t met, God is always there for us. He is our sufficiency, the difference maker. He is enough.

So, you have not received a spirit that makes you fearful slaves. Instead, you received God’s Spirit when he adopted you as his own children. Now we call him, “Abba, Father.”   Romans 8:15 NLT

Father, daughter, son, is there a breach that needs mending? Will you start the journey to restoration? Just take one small step. May I suggest the first one be to pray; and the second, forgive? Maybe you won’t get where you’d like to on this side of eternity. Maybe you are only able to take those first two steps. That’s okay. Just start, and let God be God, the mender of hearts. Extend grace like God does for us, even though we don’t deserve it.

“But God demonstrates His own love toward us, in that while we were still sinners, Christ died for us.”   Romans 5:8 NKJV

“If you forgive those who sin against you, your heavenly Father will forgive you. But if you refuse to forgive others, your Father will not forgive your sins.”   Matthew 6:14-15 NLT

Then Peter came to him and asked, “Lord, how often should I forgive someone who sins against me? Seven times?” “No, not seven times,” Jesus replied, “but seventy times seven!”   Matthew 18:21-22 NLT

Let all bitterness, wrath, anger, clamor, and evil speaking be put away from you, with all malice. And be kind to one another, tenderhearted, forgiving one another, even as God in Christ forgave you.   Ephesians 4:31-32 NKJV

Dads- your children, your wives, your country needs you. Will you step up to the plate?

Yeah, you are probably going to mess up sometimes, stumble and fall in the process. But God will pick you up. He’s like that.

This article was originally published on Rachael M Colby’s website, Tattoo It On Your Heart and also on her Cape Cod Times blog by the same name.

Focus on the Family “is a global Christian ministry dedicated to helping families thrive. We provide help and resources for couples to build healthy marriages that reflect God’s design, and for parents to raise their children according to morals and values grounded in biblical principles.

To speak with a family help specialist, request resources, make a donation over the phone, inquire about general information, or to report a problem, contact us at the number below.”

Focus on the Family/ Parenting

Navigating the Challenges Teens Face, (Focus on the Family Broadcast with with Jim Burns)

The Involved Father, By Glen Stanton

AUDIO,  (Part 1 of 2):  Overcoming the Father Wound, by Josh McDowell

The Significance of a Father’s Influence

When Your Child’s Love Language is Quality Time, Dr Gary Chapman on Focus on the Family

AUDIO: My Dad Was in the Mafia, John Finch on Boundless, from Focus on the Family

“John Finch grew up the youngest of 3 boys in a suburb of Dallas where he lost his father to suicide at age 11. As a young man, John did anything he could to avoid confronting the wounds he suffered as a result of being fatherless. His craving for affirmation from a father who was not there to provide it, led him to..”.  https://www.thefathereffect.com/

Encouraging Dads Project- Stories and resources to encourage dads Creating a community where we can share positive stories and ideas about becoming better and stronger fathers.

[…] In Step with My Father on Southern Ohio Christian Voice: “I remember Daddy holding my hand as we entered the gates to the botanical gardens, Wrigley’s gum, Elephant Ear pastries, Matchbox cars, him carrying me when I was hurt, and scraping every speck of black pepper off my food. And bumper cars. I hated them, but I never told him because I liked to hear him laugh—and we were together… Click HERE to continue […]

Locating Light Inside the Tunnel of Loss, Part 1

To Romance Your Wife, Consider Her Love Language

February 14, 2018
You are going to send email to
Move Comment