I was a new Christian, only saved a few weeks when I walked into my pastor’s office. I didn’t want to go, but my life was a mess and I needed counsel. I had come to Cape Cod to work for the summer, run from my life, get drunk, and pursue my modeling career. But somehow, I ended up becoming born again instead. 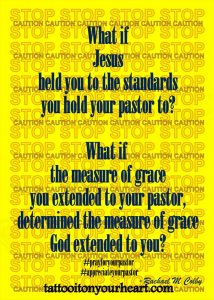 “What’s wrong with the couch?” he said in an even tone.

So, I sat on the couch. I felt like he could look right through me. —I couldn’t stand him. He suggested I move to the Cape and serve God. I hated the Cape, didn’t like most of the people either, and I had friends and family all over the world. Why would I do that? So, I took a detour via Europe. I called him from Spain. I wanted him to tell me what to do so I wouldn’t be responsible if it didn’t work out. He told me he already counseled me once, that I would have to pray about it myself. Nine months after I left, I surprised everyone. “What are you doing in about an hour and a half?” I said to the friend who had brought me to church. “Can you pick me up from the airport?”

“Pray about it.” That’s my pastor’s mantra. He wants me to have my own relationship with Christ, to learn to hear His voice.

My pastor called me aside at prayer one morning shortly after I started dating my future husband. “Rachael,” he said, “virtue is in the hands of a woman.” With those words, my pastor set the responsibility of purity squarely on my shoulders.

You won’t keep your purity by mere good intentions or good moral convictions, but by being a vigilant soldier, setting deliberate boundaries and guarding them. So, I decided to take the high road, a different route than before I invited Jesus into my heart. My husband and mine’s first kiss was on our wedding day. And we still managed to figure things out—without the test drive. Really.

Early in my salvation, a visiting minister preached a message entitled, Despise Not God’s Anointed. In the Bible account, David had been chosen and anointed by God to be the future king of Israel. But the ruling king, Saul, was hunting David down to kill him. David had an opportunity to kill Saul, but instead he crept up when Saul was unaware and cut the edge of his robe off. David later showed Saul to let him know what he had refrained from. But even though David spared Saul’s life, his conscience bothered him. This is what David said:

And he said unto his men, The LORD forbid that I should do this thing unto my master,
the LORD’s anointed, to stretch forth mine hand against him, seeing he is the anointed of the LORD. (1 Samuel 24:6 KJV)

I didn’t answer the altar call at the end of that sermon because I didn’t want my pastor to see me. The next sermon was on not responding to altar calls. I went to the altar.

I believe if I let God be God and keep my heart right, He will provide for and protect me and bring me to my destiny.

My pastor is not perfect; he’s just a man, as are all preachers. But he’s the man God provided to shepherd my soul. I believe as we care for those God has set over us, praying for and treating them with respect and appreciation, He empowers them to care for us. I have chosen to honor the ordained authority God has been kind enough to put over me.

I’m not speaking of blind following. Pastor worshipers don’t do well in their walk with God, because sooner or later they wake up and realize the god they created has failed or offended them and they derail as their reference was on the man, and not the God the man represents. Likewise, those who are like a horse who shies from his trainer when his bridle is reached for, refusing to be led, don’t fare well.

Christians are responsible to know the Bible and be governed by it. If a minister or anyone else deviates from the precepts of the Bible, it’s our job to stay the Gospel course and humbly pray for their redirection or recovery, realizing we are all fallible. Here’s the balance between blind following and being rebellious and unteachable:

Gossip and slander are bloody weapons that harm the intended and erode the spirit of the attacker. Giving ear to them is as bad as speaking it.

Even so the tongue is a little member, and boasteth great things.
Behold, how great a matter a little fire kindleth!  (James 3:5)

Saying, Touch not mine anointed, and do my prophets no harm. (1 Chronicles 16:22)

The background for my words on my graphic is crime scene tape because some people murder their ministers and others with their mouths and in so doing, they tear down God’s prophets, themselves and the Church. Some starve their pastors and families of support, but then expect them to be able to carry all. What if the time spent speaking negatively about pastors and their wives was used to pray for their needs and shortcomings? Instead of magnifying problems, become part of the solution.

There is that speaketh like the piercings of a sword: but the tongue of the wise is health.
(Proverbs 12:18)

The scripture below speaks of Aaron and Hur who supported God’s man, Moses their leader, in his weak and weary time. As a result, everyone was victorious.

And it came to pass, when Moses held up his hand, that Israel prevailed: and when he let down his hand, Amalek prevailed. But Moses’ hands were heavy; and they took a stone, and put it under him, and he sat thereon; and Aaron and Hur stayed up his hands, the one on the one side, and the other on the other side; and his hands were steady until the going down of the sun. + And Joshua discomfited Amalek and his people with the edge of the sword. (Exodus 17:11-13)

Life is too short, and eternity is too close to be at odds with those we are called to love. I believe when we extend grace to others, it’s there, waiting for us down the road when we need it. God releases His forgiveness and grace toward us as we do so for others.

The warm summer sand and the salty air brought no solace as a friend and I talked about recent events. Life as we knew it was imploding and exploding, and the spiritual debris and resulting carnage surrounded us. Many we’d walked our Christian life with for decades walked away, some from their call, some seemingly from their faith, children became prodigals, and some in ministry I’d looked up to, fell. I couldn’t see or hear clearly from all the noise and smoke. My heart ached.

“God.” I said in anguish. “I want no part in this.” I will not raise my hand, my voice against Your anointed. I saw myself walking backward, away from the direction we were going, as if being pulled and everything began to fade. “Jesus, I’m coming to you. I hide myself in You. Cover me.” And His presence fell; it was as if He held me, and He began to speak and show me things. Here were the first drops of the rain to come. I didn’t know I was breaking up the soil of my heart and planting seed, or that one day in October God would call me into a field and my soul would catch on fire in the midst of a storm as I placed myself on the altar again.

I’ve found in 32 years of following Jesus that even when things don’t go as wished, it’s worth it to hold to high standards when it’s not popular and to stand for what’s right amidst persecution, because a clean conscience and no regrets are priceless.

When God was handing out charisma, my pastor wasn’t there. But he’s steady. His heart is for God and souls; he proclaims the uncompromising message of the Gospel and upholds its standards. My pastor’s eyes are fixed. His goal is to get as many on the boat as possible and safely to the desired haven—Heaven.

Dessert is nice, but it’s not a diet to sustain a healthy life. I expected whipped cream with a cherry on top, but God gave me a pastor who serves up meat and potatoes. Amen.

Editor’s Note: This article was originally published on Rachael M. Colby’s website, Tattoo It On Your Heart and also on her Cape Cod Times blog by the same name.

Where is the Hope for a Messed up Life and World?

The Difficulty of Finding Love