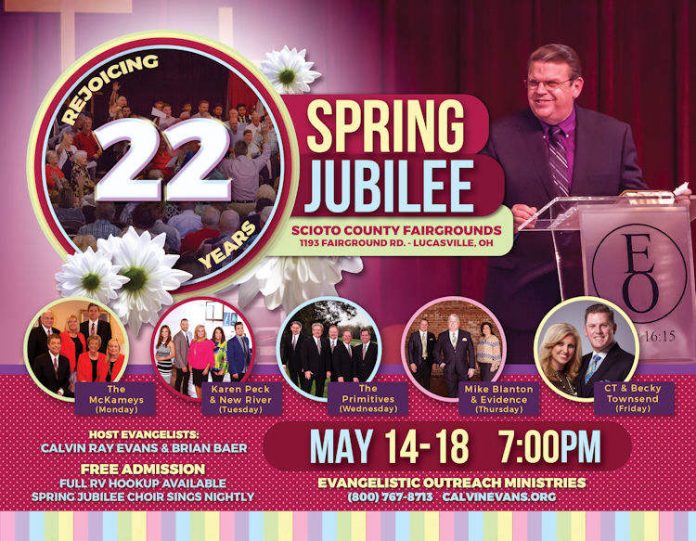 One of the highlights of this year’s Spring Jubilee is a debut appearance by CT and Becky Townsend. CT is a well-known evangelist nationwide, and many have heard of his involvement with the famous Burlington Revival. This began as a week-long meeting on Mother’s Day 2016 at New Hope Baptist Church in Burlington, North Carolina, but it quickly grew into a tent revival that lasted for three months. At its conclusion, 3,000 to 5,000 people were attending each night, and at least 1,249 gave their hearts to God. 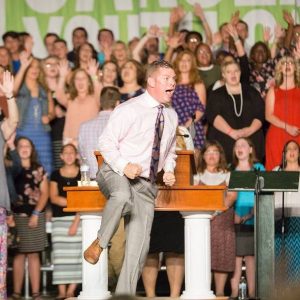 This was quite an experience for a country kid raised in the home of a preacher in Campbell’s Creek, located in the mountains near Charleston, West Virginia. Once he graduated from Fair Haven Christian School, he left the state known as “Almost Heaven” and moved to Pensacola Christian College. A year later, he returned to West Virginia State University to study business.

“I loved the Lord and the church, but the last thing I wanted to do in my life was to be a preacher,” he said. “I fought and struggled with it.”

Then during his second year at WVSU, the Lord began to really deal with his heart. After fasting and praying for what he called “the roughest months of my life,” he was driving during work one evening while he listened to a broadcast of the late Rev. Lester Roloff on the radio (Roloff died the year CT was born). The topic of the sermon was “God Sure Needs a Few More Preachers.” He felt in that moment God solidified His will for his life, and he pulled the van over, fell to his knees in the snow, and surrendered to God’s calling at age 21.

A few months later, he moved to North Augusta, South Carolina, where he enrolled at Victory Baptist College, worked on staff as an assistant to Pastor Larry Brown, and earned his bachelor’s degree in Pastoral Theology. This was also where he fell in love with his future wife Becky whose father was also a preacher and the dean of the seminary. The couple married in 2005.

They launched into evangelism in 2007, but in 2012, they paused for CT to serve as an assistant pastor at Trinity Baptist Church under the leadership of Dr. Ralph Sexton Jr. in Asheville, NC. “It was here that God began to implant deeper a burden for evangelism and revival,” he said. During this time, he and Becky’s first child, Tucker, was just a toddler, and they were expecting another son.

“It was a hard moment, but it took us deeper with the Lord.”

But their second baby, Cashton Isaac, developed a fatal condition called hydrops, which consists of severe swelling. Becky carried him to full-term, but the infant passed away, and she went through a deep season of grief. “Nobody’s supposed to bury a child,” CT said. “It was a hard moment, but it took us deeper with the Lord.” 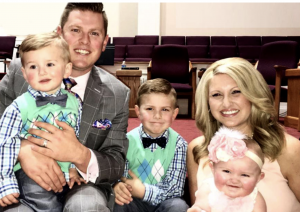 Their home church surrounded them with love. “It seems now that God sent us there because he knew that was coming,” he said. “He gave us a calm to get us through that valley—a church that loved us and helped us through it all.”

Today, Tucker is seven years old, and the family is on the road more than 300 days a year. God has blessed them with two more children, Syler (age 3) and Everlee (age 2). When they are home in Anderson, South Carolina, they attend Temple Baptist Church, where Becky’s father, Dr. Steve Hurte, is the pastor.

In addition to CT’s preaching, he and Becky also have a music ministry and have recorded eight projects. The latest one, titled Hymns and Classics, will be released in two weeks. Pre-orders began on May 10. (See https://cttownsend.com/shop/).

“We enjoy that we can go in as evangelists and do the singing as well,” he said. “We love using the gifts God has given us.” And God has blessed their talents with some of their songs placing on the national charts such as The Resurrection, Jesus is Wonderful (written by CT), and When I Lay My Isaac Down (written by Billy Fields). Music runs in the family as Becky’s father has written several #1 songs in the field of Southern Gospel.

The couple also specializes in youth ministry, and they coordinate three to four large youth rallies a year along with mini one-day youth crusades. As many as 2800 youth have attended, and 1500 teens came to the Carolina Youth Rally on April 21 in Mt. Airy, North Carolina. Their next event is the ARISE Youth Conference on June 25-29 at Gatlinburg, Tennessee. Read more HERE.

God has also opened the doors for them to begin a new outreach to married couples this fall with the first Strengthening the Knot Marriage Conference scheduled for October 4-6 in Myrtle Beach, South Carolina. “Everywhere I go, marriages are collapsing and falling apart,” he said. “I’m just trying to reach out and help them and create an environment of encouragement.” 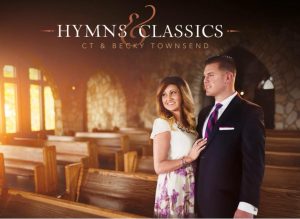 Other future events include the Singing at Sea on January 21-26, 2019. CT will also join Dr. Ralph Sexton Jr. to host a group Bible studying trip to Israel on March 26 through April 6, 2019. If you are interested in going, watch his website for more information.

He will also enter the publishing business when his new book, Miracles of the Burlington Revival, releases later this year. This compilation will include stories told by a dozen pastors from the Burlington area, some from as far back as 15 years before the revival occurred, and it will also include lessons and miracles from the crusade.

One of CT’s favorite Burlington Revival stories is about a mother who was found weeping on the alter one night after service. She explained her heart was broken, and every night, she watched as other people’s sons and daughters walked the aisles to give their hearts to Jesus. She did not understand why God would save their children and not her son, who lived in Florida. The pastors encouraged her and prayed, believing together with her that God would lead her son to accept Christ into his heart. 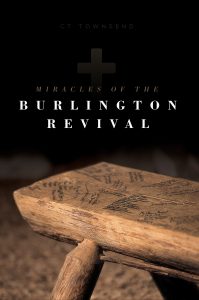 She went home that night full of faith and bought a plane ticket online to fly her son from Tampa to Raleigh the next week. She then called her son and told him how much she missed him, and she let him know she had purchased him a flight so he could visit her. But she did not tell him the real reason why she wanted him to come home.

After she picked her son up at the airport, she still did not tell him where they were going. She just said there was an event in town she wanted him to attend with her. He thought it was a festival, but once he arrived, he realized his mother had tricked him into coming to church. He folded his arms in protest, and others could see the look of fury on his face. CT saw it and backed up from the pulpit. He whispered to God, “If you ever anointed me, do it tonight.”

The Holy Spirit began to deal with her son’s heart. His facial expressions begin to soften, and before the service ended, he surrendered to Christ. His mother “left the tent shouting and praising God that night,” CT recalled, and her son still serves God today.

“We’re on a mission to preach the gospel to as many people as we possibly can.”

CT hopes to witness more stories like this one when he begins a tent revival in Bristol, Virginia on May 21. The crusade is scheduled to run through June 1, but “if God gets in it, we’ll stay,” he said. This is an extension of the Burlington Revival.  The pastors involved with the original event agreed it would not be the last time something like that would happen, and they began raising money for a tent and new equipment. They eventually hope to conduct two meetings a year.

“We’re really praying that God will open the door on these crusades,” he said. “We’re on a mission to preach the gospel to as many people as we possibly can.” 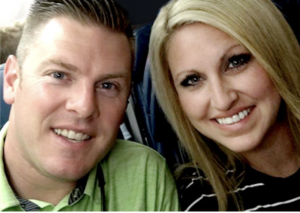 As a kid, CT grew up watching Evangelistic Outreach’s Sunday morning television show with Calvin Ray Evans and his father, Calvin. So when he got the phone call from Calvin Ray and Brian Baer to preach, he said he felt like he was “called into the Major Leagues.” He says he is blessed and honored to be a part of the Spring Jubilee camp meeting.

To find out more about CT and Becky Townsend, visit their website at https://cttownsend.com.

Read our 2017 article about the history of Spring Jubilee HERE.

Any Given Sunday in Canada

January 21, 2018
You are going to send email to
Move Comment